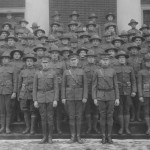 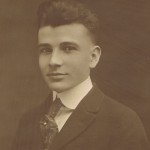 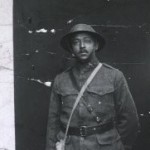 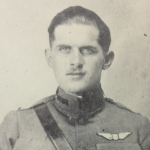 Situated along the Rappahannock River, Fredericksburg was a thriving town between 1914 and 1917. The newly constructed Jefferson Davis Highway facilitated the growth of tourism to the city’s many colonial and Civil War-era sites. On top of Marye’s Heights sat the Fredericksburg State Normal School, where women were trained to become educators. This small, historic town played its part in history when the United States entered the war in Europe.

Though many residents in the city opposed entering the conflict in Europe, they enthusiastically supported the war effort. Once the United States entered the war, Fredericksburg and its citizens contributed tremendously to their nation. Giving of what little they had, they supported those who served overseas and dedicated much of their time and money to ensure that local boys returned home safely. Residents started local volunteer groups, such as a Red Cross chapter, which collected money and provided essential items for soldiers in the field. Fredericksburg’s patriotic spirit served the nation until the war came to an end and the men returned home.

Towards the end of the conflict, Fredericksburg faced a new type of battle on the homefront. The Spanish influenza arrived in the fall of 1918 and spread rapidly through the town. Schools and businesses closed throughout Fredericksburg. Even the State Normal School could not escape the epidemic; the school lost a beloved History Department faculty member to the flu.  Read More >>